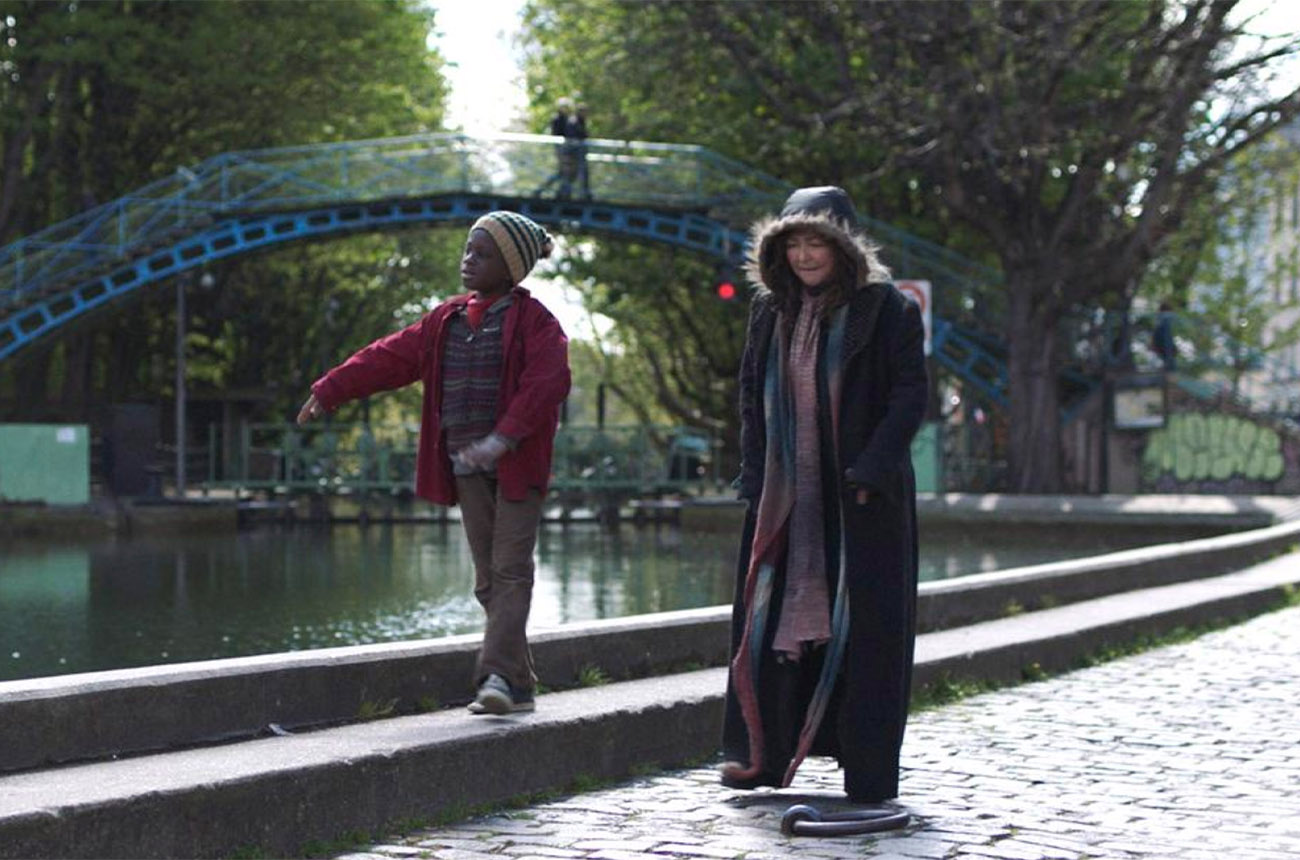 On a cold winter night in Paris, a homeless woman finds a lost 8-year-old Burkinabé boy sobbing in front of her shelter. Bound by their marginal conditions, they embark together on an emotional journey to find his mother. Catherine Frot (a ten-time César Award nominee) gives a tender and convincing performance as the homeless Christine, and Mahamadou Yaffa gives a natural and endearing performance as the orphaned Suli. Having previously directed a documentary about homeless people living in Paris entitled On the Edge of the World (which played at the 2013 Cannes Film Festival), Claus Drexel retains the urgency of social realism but adds the magic of fiction to his new charming and bittersweet drama.