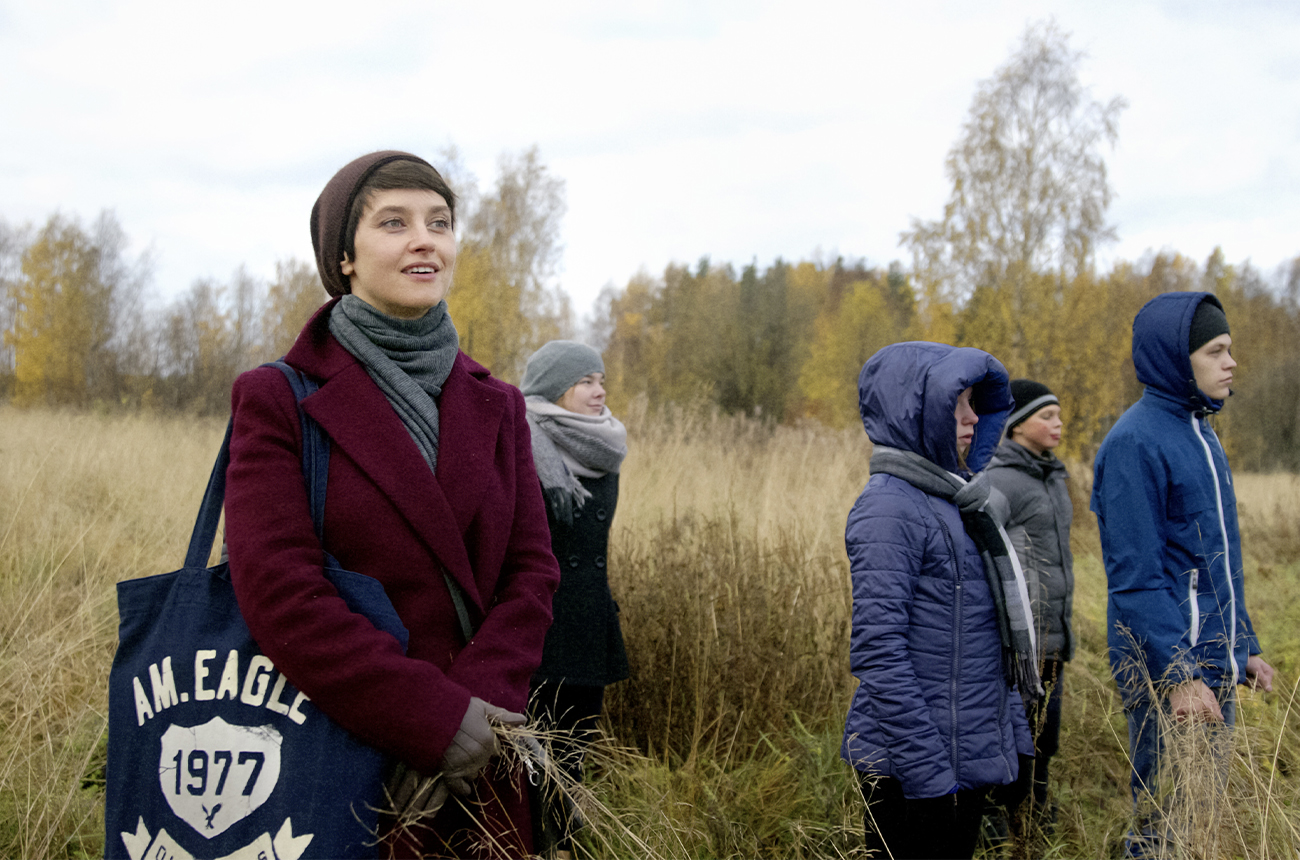 Antonina, an artist from Saint Petersburg, follows her husband, a political prisoner, to the deep north province of Russia. She starts teaching art in a local school, determined to lift the spirits of the downtrodden children in her class, but she finds herself opposed by a twelve-year-old boy, Misha, whose brother is a feared local gang leader. Antonina is a burst of joy and hope in this bleak small town where her students feel bullied and the local townsfolk feel trapped. This exquisitely crafted and powerfully acted film is part existential drama, part escape thriller, and part metaphor for a corrupt political system that renders its citizens powerless.