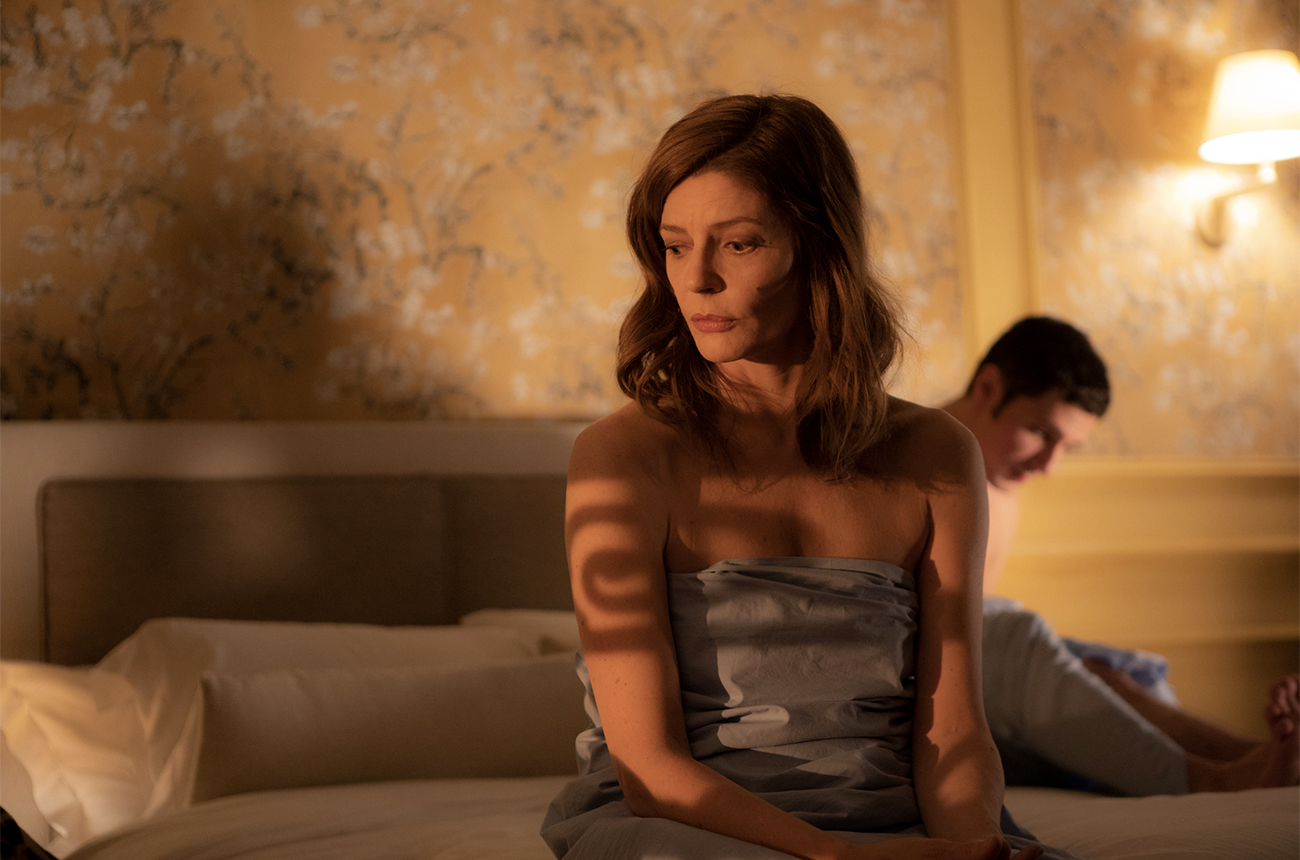 The boudoir figures prominently in this outrageously playful French farce about a couple in crisis that takes a rollercoaster ride down memory lane. In a role that won her the Best Actress award at the Cannes Film Festival, Chiara Mastroianni plays law professor Maria who after twenty years of marriage is outed for her serial indiscretions and moves across the street to a Montparnasse hotel to spy on her husband, Richard. From there, a fantastical funhouse romp ensues with plenty of sexual hijinks. As the film toys with time, like in It’s a Wonderful Life, a swarm of colorful characters, including their young former selves, moves in for this ingenious fusion of madcap comedy and existential love letter to devotion.