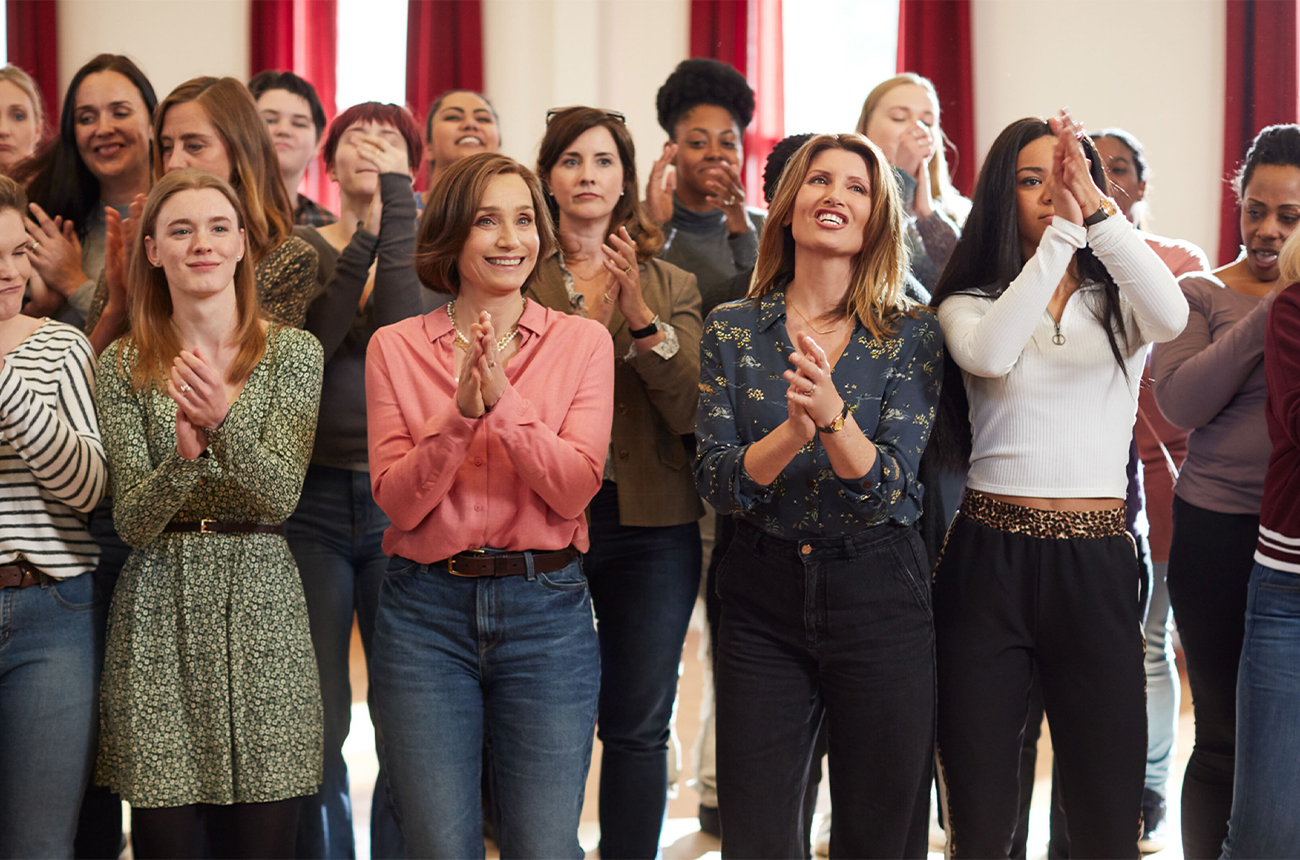 With their partners deployed in Afghanistan, a group of women living on an army base in England band together for emotional support, form a musical choir, and become a media sensation. Dame Kristin Scott Thomas (Oscar-nominated for The English Patient) plays Kate Barclay, the Colonel’s straight-laced wife who feels it is her obligation to keep the wives culturally stimulated, while Sharon Horgan (creator of TV series Catastrophe and Divorce) plays Lisa, the newly-elected chair of the Social Committee, who just wants to let the women drink and have fun. Aside from their disagreements over hymns vs. pop songs, Kate and Lisa have to first get the group to sing on key and then remain committed, all while battling their own personal struggles and anxiously awaiting news from the war zone. When the choir gets invited to perform at the Festival of Remembrance in London, the women collaborate on writing an original song. Known for his hit film The Full Monty, Peter Cattaneo once again directs a triumphant film about a group of underdogs, but this time it’s a motley crew of women who are stepping out of their comfort zone. This film is inspired by the actual global phenomenon of military wives choirs and also features a joyous soundtrack of karaoke favorites along with a brand new original song that is worthy of an Academy-Award nomination next year.