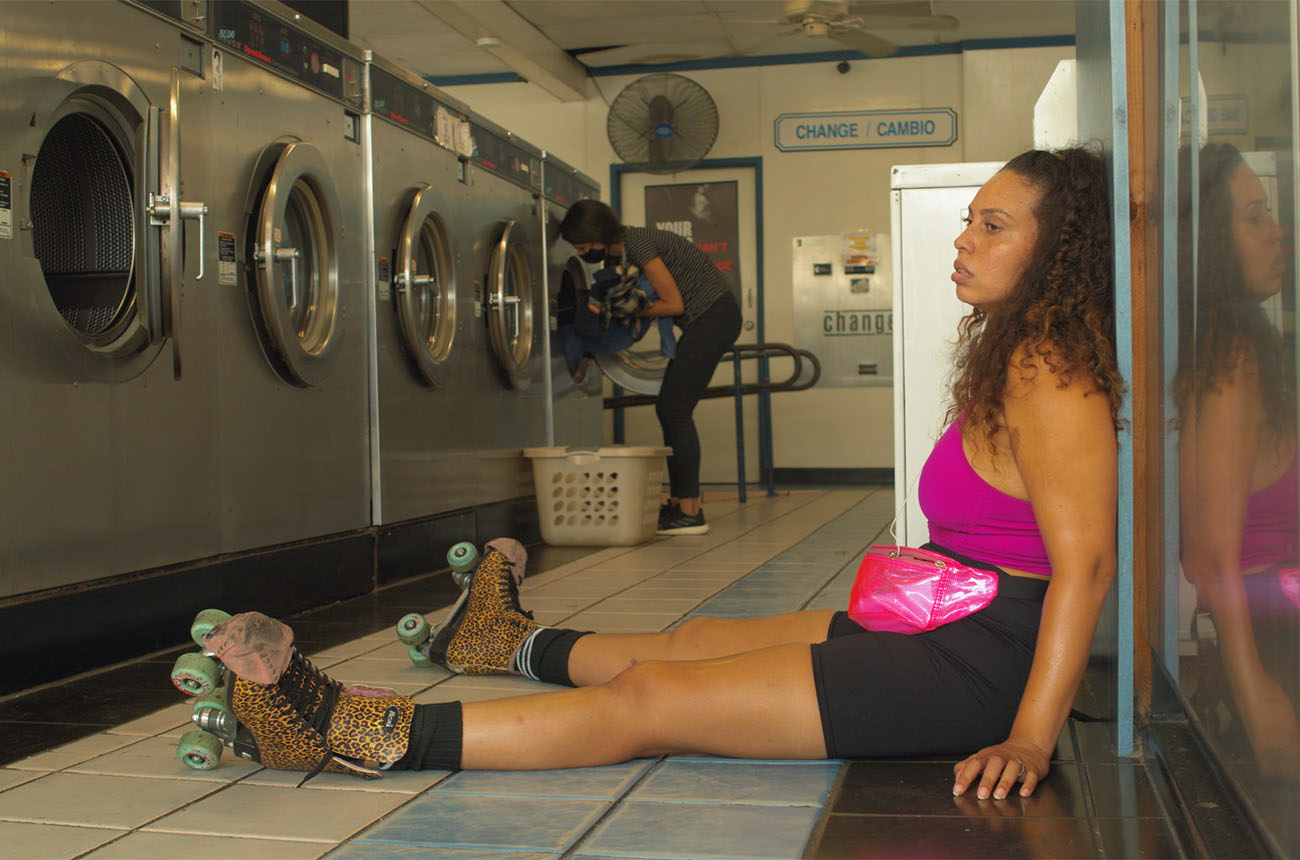 There’s a steady beat of heart, soul, and pain in this stirring dramedy about a widowed mother, Danny, who becomes homeless and convinces her 8-year-old daughter Wes that they are just camping for fun. Danny is played by co-writer and co-director Kelley Kali who vividly depicts the desperation of rollerskating from gig to gig, fending off trouble and still conveying a lightness of being for Wes who’s counting on magic for the house of their dreams. Filmed in LA last summer during the pandemic, it was finished just in time to make its World Premiere at SXSW before coming to Annapolis.