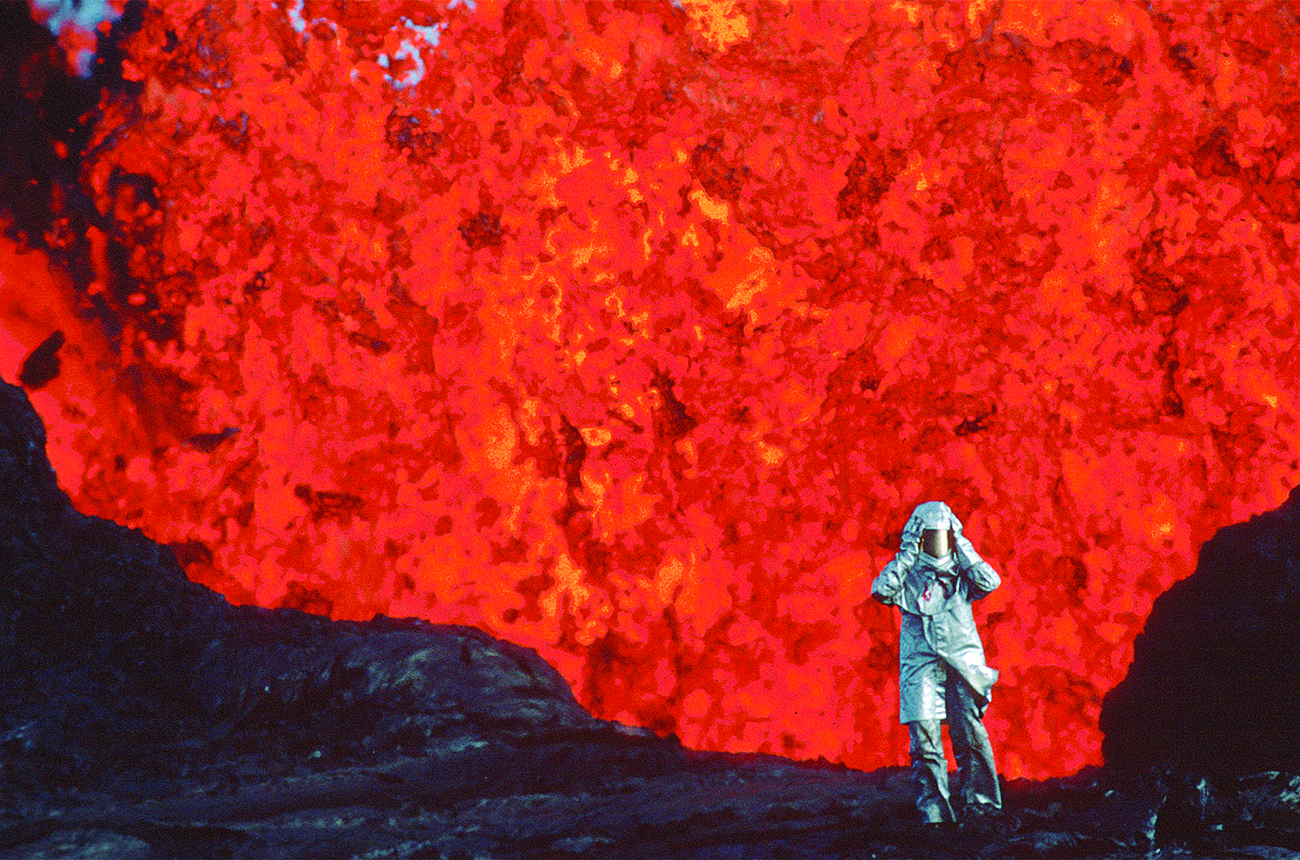 If canoeing down a river of lava, boating on an acid lake, or frying an omelet on the surface of a volcano sounds like your idea of a good time, then you might want to consider a career in volcanology or at the very least observe the thrilling explorations in this epic documentary about intrepid scientists and lovers Katia and Maurice Krafft. They were a couple who truly lived life on the edge, not just for their own personal fulfilment but also for the global good by convincing governments to observe the scientific warning signs of volcanic rumblings to save populations from catastrophic eruptions. In 1991 they died in a volcanic explosion doing the very thing that brought them together: unraveling the mysteries of volcanoes by capturing the most explosive imagery ever recorded. Preceded by Short Film: "Trustfall"