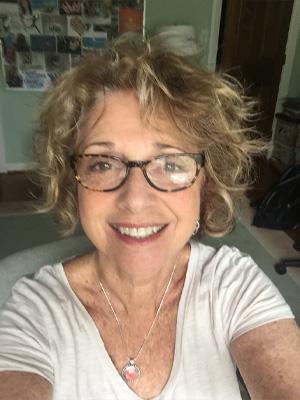 White is the Co-Founder and Principal at FILMSTERS, a production and development company, operating in Annapolis, Maryland and Los Angeles. White’s credits have appeared on CBS, ABC, Lifetime, Discovery, Turner, and others, and is known for producing feature-length documentaries, docu-reality series and even wildlife films. As a writer (also a member of the WGAE Union), she is drawn to stories on the human predicament. FILMSTERS also creates concepts for scripted TV and true stories to film. Recently she has produced PSA’s for the National Crime Prevention Council and the United States Patent and Trademark Office on anti-counterfeiting geared toward teens. Her new short film which she directed and produced, Don’t Hold Your Breath, is currently on the festival circuit. The film is an emotional story about a young man who nearly succumbs to a Shallow Water Blackout in a swimming pool surrounded by his entire family. The film delivers new information about a little known, but not uncommon event that often ends tragically. In the past, White was a Producer and Senior Producer for ABC’s Extreme Makeover. FILMSTERS production company credits include the 2013 indie feature film, Jamesy Boy, starring James Woods, Mary Louise Parker, and Ving Rhames. White is also one of the Executive Producers of the 2016 short documentary, Revolving Doors, which explores the cycles of incarceration and re-offending for non-violent convicted felons.

White’s other notable credits include writing, producing, and directing the award-winning feature- length documentary, If I Could, narrated by Sally Field. The production follows an at-risk teen whose mother was featured as a troubled kid, 20 years earlier, in White’s “CBS Reports” film, The Wagon Train Trial. White also wrote and produced the award-winning doc, America At Risk: Seeds of Hope for Turner Broadcasting and the Tribune Co., focusing on an abandoned generation of youth, drug and alcohol abuse, and the breakdown of the American family.

In 2002, White created and co-founded FILMSTERS Academy along with her producing partner, Lee Anderson, a hands-on experiential summer program for youth between the ages of 11-18 that teaches the art of filmmaking now in its 20th year. She is also the Co-Founder and Festival Director with Anderson, of the Annapolis Film Festival, now in its 11th year.