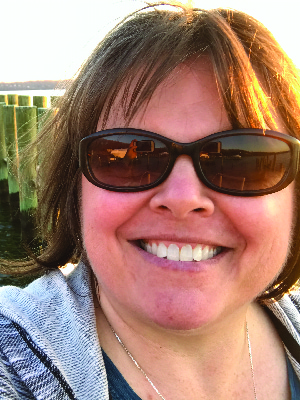 A television producer and filmmaker for three decades, K. Lee Anderson began her career first as a commercial producer, then later — as a news producer, capturing true stories for both ABC and CBS broadcasts in Maryland. Since 1994, she has been a FILMSTERS principal. FILMSTERS, LLC is a production company that develops stories, access, and characters and produces documentaries, reality TV, independent films and commercials, PSAs, and branded content. She oversees all aspects of production management and assists in the development of potential feature films, documentaries, scripted programming, and reality TV series.

Her most recent work includes the short documentary film, Don’t Hold Your Breath, a hybrid doc short about the dangers of shallow water blackout featuring actors and the actual subjects. Based upon a true story with a special appearance by Olympic swimmer, Michael Phelps, the film has been an official selection of the Annapolis Film Festival, and the Santa Fe International Film Festival, and is slated for release in the spring.

Anderson’s credits have appeared on ABC, CBS, Lifetime, Discovery, Turner, Discovery Health, and others. Producing everything from wildlife shows to wedding series, to reality TV to hard-hitting issue-driven, human-interest indie docs Lee is the recipient of two Telly Awards, a Christopher Columbus Award, and a CINE Golden Eagle award. She was nominated for a CableACE Award for her work on TBS’s Survival of the Yellowstone Wolves. An award-winning producer, her work has also played at top-tier film festivals.

As one of the former producers on the ABC primetime hit series, Extreme Makeover, Anderson handled field logistics and production for three seasons producing over 52 weekly episodes a season.

She just completed producing a second national PSA campaign in 3D and live action for the National Crime Prevention Council, the U.S. Patent and Trade Office about counterfeit products aimed at teens. In addition, Lee was Executive Producer of YAWYE (You Are What You Eat) the new digital Millennial platform, and Executive Producer on the award-winning documentary short, REVOLVING DOORS, which premiered at the Tribeca Film Festival in 2017 (Honorable Mention); it explores the cycles of incarceration and re-offending for non-violent convicted felons in Baltimore. Anderson’s other notable credits include producing the multiple award-winning feature-length documentary, IF I COULD, narrated by Sally Field. The production follows an at-risk teen featured in the CBS Reports film, THE WAGON TRAIN TRIAL, twenty years later.

FILMSTERS production company credits include the 2013 indie feature, JAMESY BOY, starring James Woods, Mary Louise Parker, and Ving Rhames, based on James Burns, the subject of the award-winning feature doc IF I COULD. Anderson was also a producer on a LIFETIME reality TV pilot, THE BIG SECRET in 2010.

In 2002, Anderson created and co-founded FILMSTERS Academy, a hands-on experiential summer program for youth between the ages of 11-18 that teaches the art of filmmaking. This summer film camp celebrated its 20th year in existence this year.

In 2012-2013, she co-founded the Annapolis Film Festival with her longtime producing partner, Patti White where she still serves as one of two Festival Directors and is an Emeritus Member of the Board of Directors.