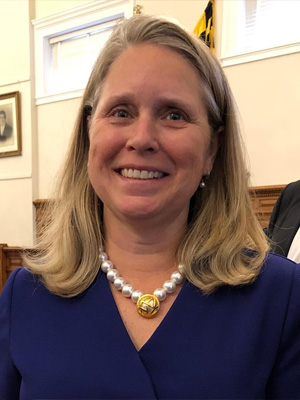 Jessica has been an attendee, volunteer, and sponsor of the Annapolis Film Festival, and is excited to join the Board this year. She just finished seven years on the Board for the Arts Council of Anne Arundel County, most recently as President in 2020-22. Jessica served on the Board of the Anne Arundel County Bar Association for 11 years, in every position including President.  She has also served on the Board of Governors for the Maryland State Bar Association and as president or treasurer on multiple other school and community boards. She is entering her 10th year as a member of the MSBA’s Judicial Appointments Committee and her 16th year on the Character Committee for the Maryland State Board of Law Examiners. Jessica has practiced law in Maryland for 27 years. After starting her legal career in Charles County, she became an Assistant State’s Attorney with the State’s Attorney’s Office for Anne Arundel County in 2000, and Deputy State’s Attorney in 2019. Jessica received a J.D. from the University of Maryland Francis King Carey School of Law, and a B.A. in Communications from Wilson College. She also worked as a reporter at Insight on the News, a weekly news magazine, writing multiple feature articles about art funding and legal issues.