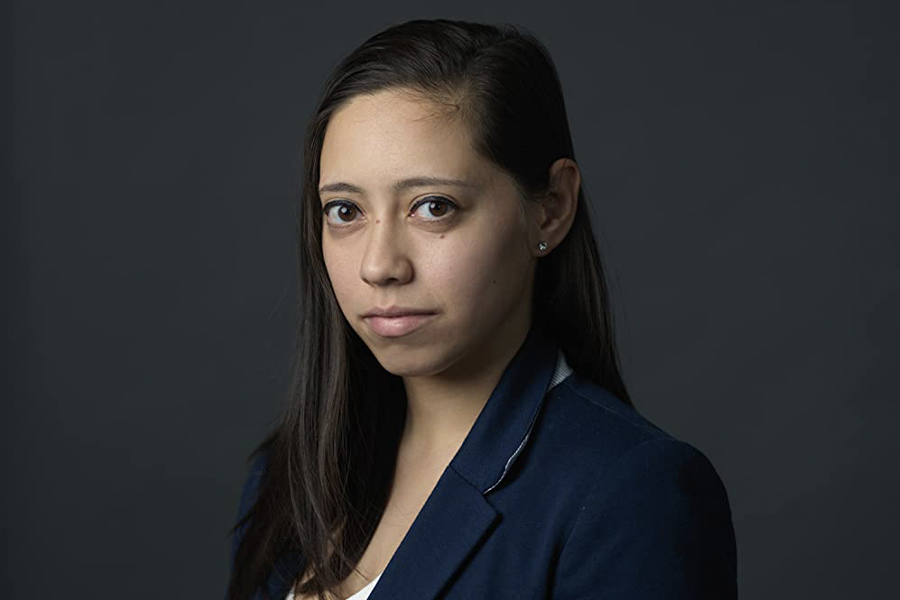 Are you a new filmmaker or evolving?
I am an evolving Filipina American filmmaker.
‍

What is your background in film?
I studied psychology, business &amp; film at Towson University and in 2012, I established my
production company, Miss Ash Productions. Since 2013, I’ve created and produced over 120
short films &amp; a feature film with my production partner, Courtney Birk. In 2017, we moved to Los
Angeles where we have had the incredible opportunity to screen our films at film festivals
around the world (including the Annapolis Film Festival) even winning Best Director, Best
Cinematography &amp; Grand Jury Awards. We currently stream our films on Twitch as partnered
streamers, which has helped with our visibility and reach worldwide, continuing to make films
focused on identity, representation and strong womxn characters.
‍

How did you hear about this Shorts Challenge?
I’m originally from Maryland and I’ve attended the Annapolis Film Festival as a student before.
In 2018, I saw the brief for their first Shorts Challenge and submitted a concept “First” and was a
finalist.  I’m beyond honored and excited to be returning as a Shorts Challenge finalist this year!
‍

How did you come up with your idea?
It’s been a very polarizing couple of years in our country. You don’t have to look far to find
adversary amongst individuals not just stateside but worldwide. I challenged myself to think
about something that connects humans regardless of status, race, culture &amp; location. Thus, “We
Interrupt Your Regularly Scheduled Broadcasting” was born.
‍

How are you preparing to defend your synopsis? What is your strategy to win?
I’ve been working diligently in presenting my pitch in a short period of time and making the
judges and audience as excited about this story as I am. The creation of dynamic visuals, rich
adjectives &amp; a detailed explanation of the vision I have for this story is crucial. This isn’t just a
pitch, this is bringing my story to life for the first time in front of everyone and letting them build
this world before I make it come to life via film with visuals &amp; supporting audio.
My strategy to win is to be confident in my pitch. I really believe in my story and I have to let that
shine. Our world is so divided and finding a common thread that promotes love and connection
is important. Plus, it’s so exciting to talk about representation both behind the camera and in
front of the camera! For “We Interrupt Your Regularly Scheduled Broadcasting,” we already
have an 80% LGBTQ+, Lady &amp; PoC crew ready to tell this story as well as several diverse
actors locked in for roles. I cry every time I see the young Filipina girls in my film, “Legacy,”
which was the first film that I really saw and felt the impact of seeing myself represented on the
screen. As a story with children, I’m excited to bring a young Filipina protagonist onto screen
again.
‍

How will your life change if you win the competition?
I’ve never received a significant package to complete any of my films. Every single film we’ve
created has been making the best with minimal resources. This would be THE game changer in
my career. To have so many elements already taken care of as far as rentals, post-production &amp;
having a place to screen “We Interrupt Your Regularly Scheduled Broadcasting” brings so much excitement to the table. That’s why this competition is more than a competition, it’s the level up
for myself and my career that I’ve been fighting for.