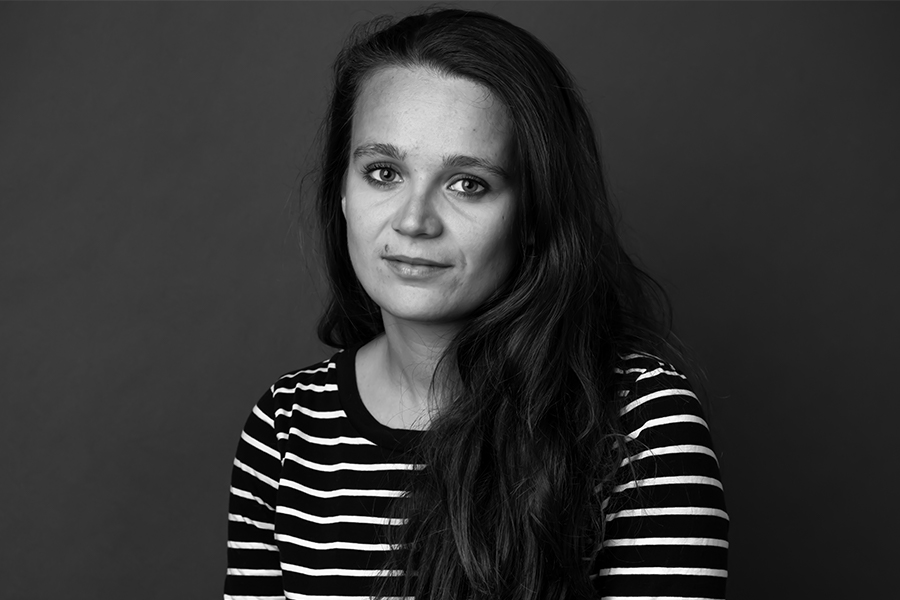 The morning Laura Tejero Núñez arrived in Annapolis last year from Stanford, California, for the shark tank-like competition known as the AFF Shorts Challenge Pitch Contest, she was dazed and sleepy, having just stepped off her red-eye flight. While the other five contestants had warmed up for the challenge by writing jokes and doing run-throughs, she had planned to ad-lib her 5-7-minute story pitch, as she had months before when she presented it for her master’s thesis at Stanford University.

“It was only when I met the others and found out that they had done all this planning that I freaked out,”Tejero Núñez said. “What do you mean you practiced? I mean, I wrote down some ideas. I read it over once to see if was too long, but it was too late to change. And then, seeing other pitches from my new friends and seeing them doing such a great job, I just thought, ‘Dang, I don’t even know how to speak on stage.’”

Tejero Núñez was shocked later that night to learn that she had won the contest, which is sponsored by the Maryland Film Office for the Annapolis Film Festival.  She would receive a $20,000+ in-kind production package to produce her short film, “Frida,” which is about a “fake news” incident that rocked Mexican media in 2018.

Contest judges – and the audience at Maryland Hall - applauded Tejero Núñez’s story, which embraced the contest’s theme of “Truth in Storytelling” by turning a lens on news reporters who invented, and then pretended to report on, the story of a young girl who they said survived the collapse of her school building during an earthquake that killed more than 300 people.

This year, “Frida” will premiere at the Annapolis Film Festival, kicking off the third annual Shorts Challenge Pitch Contest. The new theme, “A More Perfect Union,” is an apt follow-up to last year’s contest. This year the pitches will look at new perspectives on understanding and changing the landscape of division.

Tejero Núñez is looking forward to returning to Annapolis, even though it will probably entail another red-eye flight, due to her working on several personal film projects and holding a full-time job as a documentary filmmaker at Stanford’s Center on Longevity. After winning last year’s contest, she returned to Mexico armed with the AFF judges’ suggestions and found more archival footage of the earthquake damage to build up the “visual metaphors” that help tell the story.

“I love this strange border between documentary and fiction,” Tejero Núñez said of the finished product. “I don’t think it’s very clear what’s truth and what’s fiction and I don’t think it should be. That’s where the art is. It’s not just journalism.”

In the meantime, her story has continued to ricochet around the world, with Tejero Núñez featured in a This American Life podcast earlier this year, explaining the role of social media in turning the fictional Frida into an overnight sensation that increased ratings and even allowed some bad players to get off the hook.

“In a way, I’m betraying my audience,” she said. “In the same way that news reporters did.”