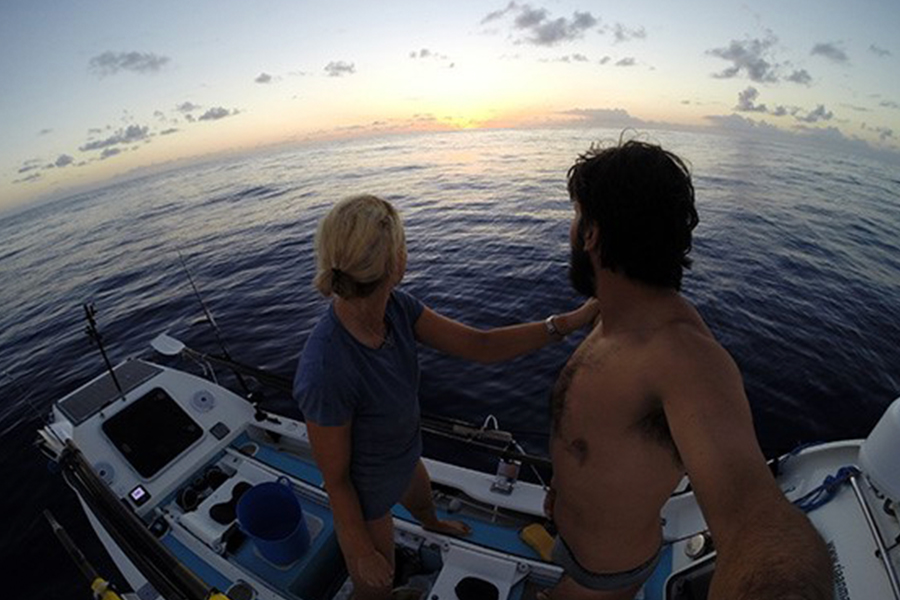 When most couples take a trip to New York City, they don’t travel 6,689 miles across the Atlantic Ocean from Morocco in a two-person rowboat, attempting a feat yet to be accomplished by anyone. Sea Change documents the incredible voyage of Afrikaners Riaan Manser and Vasti Geldenhuys, challenging not only their survival, but also the survival of their relationship.

Sea Change presents a mesmerizing mix of magical moments and hardships at sea. The couple experiences several well-documented high points on their trip, like catching their first fish, being surrounded by dolphins, and discovering a new trust in one another. This odyssey is not only a chance for Vasti to experience Riann’s career in documenting adventures like this one, but also a chance for her to become part of his world. As the documentary’s name implies, both Riann and Vasti are completely transformed by their journey.

Although the couple has been together for 14 years, co-occupying a coffin-like five– by 23-foot rowboat for 133 days will make any two people seasick of one another. Throughout their voyage, they must overcome sickness, arguments, insufficient resources, and the awesome power of the Ocean. Equipped with only two months of food for a four-month venture, a fishing rod, a bucket for a toilet, and oars for rowing, something is sure to go wrong. Audiences won’t be able to look away as Riann attempts an act he later calls the dumbest thing he’s ever done on any journey, and when the very real threat of death puts the couple’s relationship to the test.