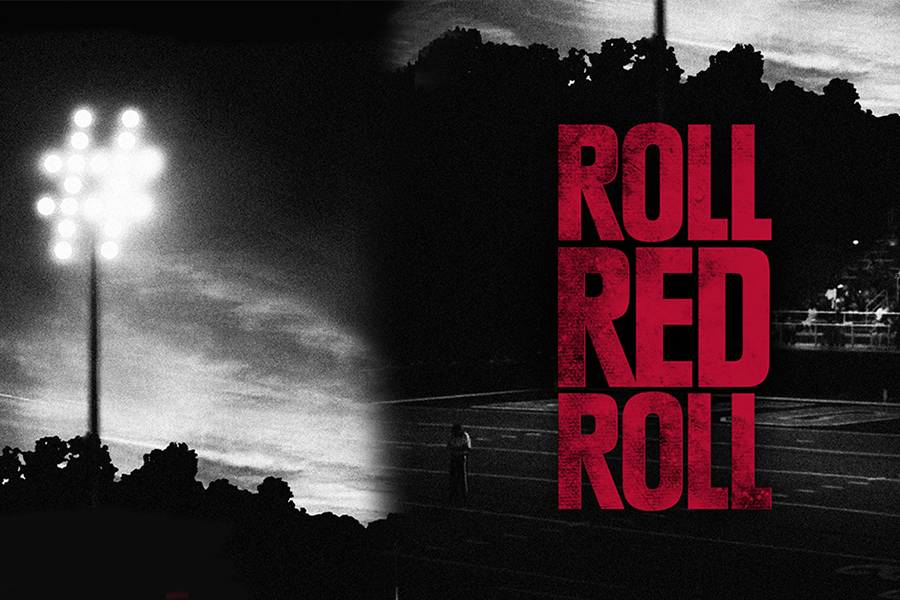 Imagine a small town where football is king and the players all princes, winning the devotion of bleacher-bound souls in every neighborhood.

And then imagine those princes waking up after a post-scrimmage party and bragging about their night’s encounter with an unconscious girl.

“She is so raped right now,” we hear the voice of one princeling chuckle in the opening sequence of “Roll Red Roll,” the true-crime documentary that is part “True Detective” and part “Friday Night Lights.”

At first, it’s not clear that we will see the faces of any of the perpetrators whose voices are laughing and reveling in their violent exploits as the movie opens. Thus, filmmaker Nancy Schwartzman subtly frames “Roll Red Roll” as a mystery, even though most viewers would recognize the story of criminal assault and subsequent outrage from seven years ago when the Big Red team and the town of Steubenville, Ohio, made headlines.

There is the football team, working out to a pounding beat, their faces blurred, as the text message line of the 16-year-old rape victim we come to know as Jane Doe taps across the screen asking, “What happened????”

From there, the story unfolds with one heart-pounding revelation after another. A police investigator tells us Jane Doe had no memory of the assault, just lingering pain and the shock of waking up naked under a blanket in the post-party basement with two members of the football team.

Remarkable archival footage from the police interrogation room lets us observe and hear one teenager after another shake their heads as they deny complicity in the assault that took place.
All the time, the viewer hopes against reality for a hero to emerge from the pack; someone who was at the party who would step in and saved the girl. If there are heroes in “Roll Red Roll,” they are the blogger who broke the story and the reporter with the Cleveland Plain Dealer, who picked it up. It’s only when they start to dig through what turns out to be a mountain of social media comments on the incident that the truth is revealed.

Blogger Alexandria Goddard pieces together how the boys’ casual, campy and chillingly playful texts to each other show how almost everyone in the benign basement rec room sensed the looming threat of rape.

“Bro, they gonna rape that girl,” says one.

“She had no idea she was getting pounded,” says another.

As the texts, and then photos and then video, all date-stamped and archived on the Internet, reveal the culprits, Schwartzman reveals the boys’ faces. She shows them laughing at another party, recalling their attack. She shows them in the interrogation room, stuttering about how they all joined in. But she never shows Jane Doe.

Schwartzman does a masterful job of showing the sneering privilege behind the blurred images, and at the same time, the picture of the town of Steubenville, and its culture of masculinity is clarified and revealed.

Voices of residents defending the football players are set against a backdrop of misty pan-shots of industrial bridges, small-town promotional posters and everyone clad in Big Red gear, the town itself is unmasked.

The final chapter of the documentary touches on a second trial, this one of the adults – the coaches and city officials – whose denials blurred out the ugly truth for so long.
In doing so, the film transcends its true-crime genre and speaks to an awakening taking place in one American town after another where treasured institutions are facing similar situations and deciding whether to face facts or try to continue to leave the faces of their perpetrators blurred.