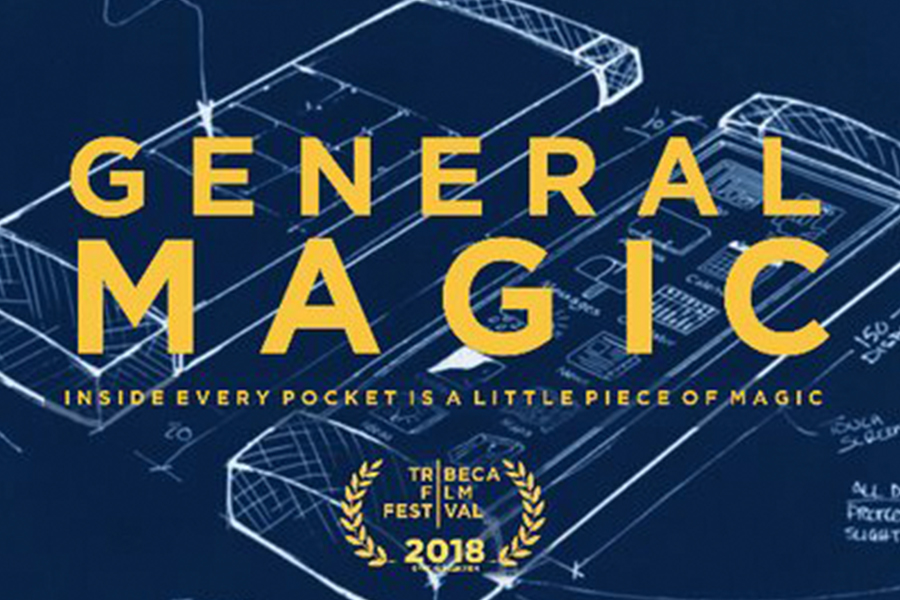 Some ideas are bigger than others, especially in the world of cutting-edge technology and innovation that is Silicon Valley. General Magic tells the tale of the eponymous company that set out to change the lives of billions. Founded in the early 90’s by Steve Jobs contemporaries Bill Atkinson, Andy Hertzfeld and Mark Porat, General Magic’s dream was to make the Macintosh computer portable. However, General Magic is the intriguing story of how a company so poised for success can end up as a failure.

This documentary hits a narrative sweet spot by telling the story of an incredibly important company few people have heard of. Directors Sarah Kerruish and Matt Maude do a good job of highlighting the personalities in General Magic, as well as the grandeur of their ideas. These workplace social dynamics are delightful to watch, especially since several of the company’s founding members are regarded as rock stars. As the film plays out, it is fascinating to see why General Magic failed and the impact it made nevertheless. Ultimately, audiences are left wondering whether the 90’s were even ready for smartphones.