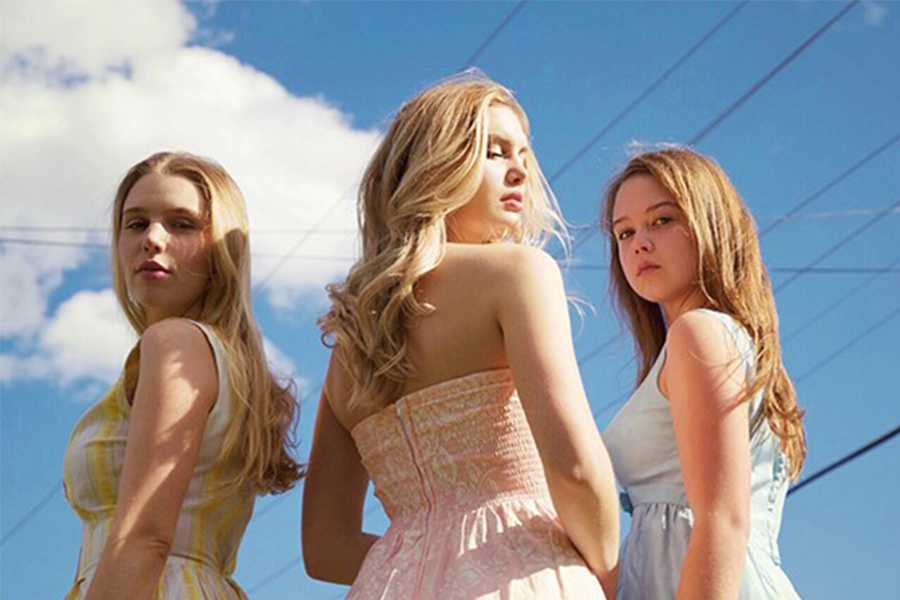 A riveting narrative about grief, faith, adolescence, and everything in between, Fishbowl tells the story of three girls coping with the loss of their mother while their father begins to lose his grip on reality.

Fishbowl’s captivating opening sequence foreshadows a choice between teenaged and religious pressures in the aptly-named Bishop county. “It’s hard to balance expectations here,” oldest daughter Belle narrates, “as a girl and as a Christian.” An excess of whites and muted colors in this introduction brilliantly portrays the bleakness of the family’s grief-stricken lives, and color motifs are used with intention throughout the film.

Tensions run high and develop naturally within the dysfunctional Simon family. Four months after their mother’s death, Belle struggles to act as the family’s new de-facto matriarch, middle daughter Rachel attempts to preserve peace within the family unit, and youngest daughter Jessa has become completely mute. Meanwhile, their father is still grieving, unemployed, in danger of losing the house, coping with alcoholism, and trying his best to prepare for a rapture he believes is coming. Fishbowl’s plot development is enthralling in how it presents characters wrestling with their faith.