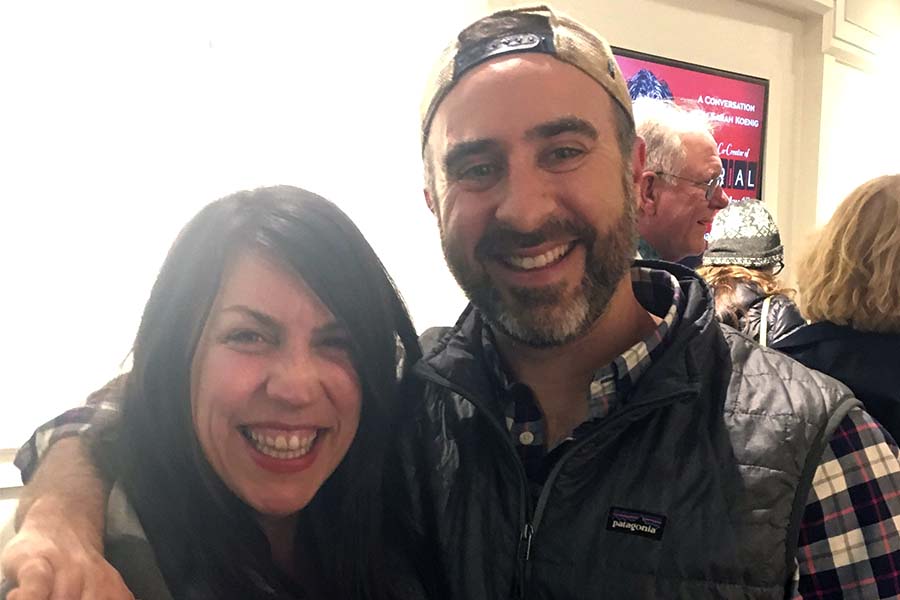 Christine Lasser is a planner. With three children under the age of seven, a time-sensitive job running Naptown Nannies childcare service and an active volunteer life as the new executive director of Hospice Cup, she plans rare nights out with her husband Eli way in advance.

So it was a big deal for the couple to get out to the Annapolis Film Festival last March to the movie “Wild Rose” about a Scottish single mom who dreamed about becoming a country singer in Nashville.

“With a nanny service, it’s like we’re the shoemaker’s kids with no shoes,” Lasser said. “Obviously it’s important to have that time with your significant other. We have to really make it a point to get out, just the two of us.”

The Film Festival, she said, is a great time to reconnect with a spouse or partner because there are so many local, national and international films on the schedule it’s easy to find something that brings people together. As an added bonus, the venue at Maryland Hall sells drinks as a fund-raiser.

“I don’t go to a lot of movies,” said Lasser, who said that a date night for the couple usually involves streaming documentaries on Netflix or Amazon. She and Eli have found that the film festival has given them lots of interesting stories to choose from and plenty to talk about. They also love that they can walk the town and pop into favorite restaurants like Sailor and Tsunami between flicks.

“It’s worth planning ahead to have something like this in our backyard,” Lasser said. “We can’t not do it.”

Valentine’s Day is this week and, according to Open Table, there are fewer than two dozen tables open for dinner for February 14 in all of Greater Annapolis. But if you really want a plan that will celebrate your relationship, you still have plenty of time to get a pass to this year’s Annapolis Film Festival and, instead of taking your sweetheart out for the usual dinner-and-a-movie, you can take them out for dinner-and-many-many-movies.

Even though this year’s slate of films hasn’t yet been announced, you can count on seeing things that will spark conversation and new perspectives. Whether you take in a musical feature film like last year’s “Wild Rose,” or "The Interpreters" a gripping documentary about Afghan translators, the Annapolis Film Festival is a gift that tells your partner that you want to spend time with them, seeing brilliant work that isn’t showing anywhere else.

Besides, by the time the festival starts on March 26, your Valentine love-bug will be ready to emerge from winter hibernation. And Valentine’s Day is a perfect time to promise a romantic partner that you will celebrate your relationship out on the town.